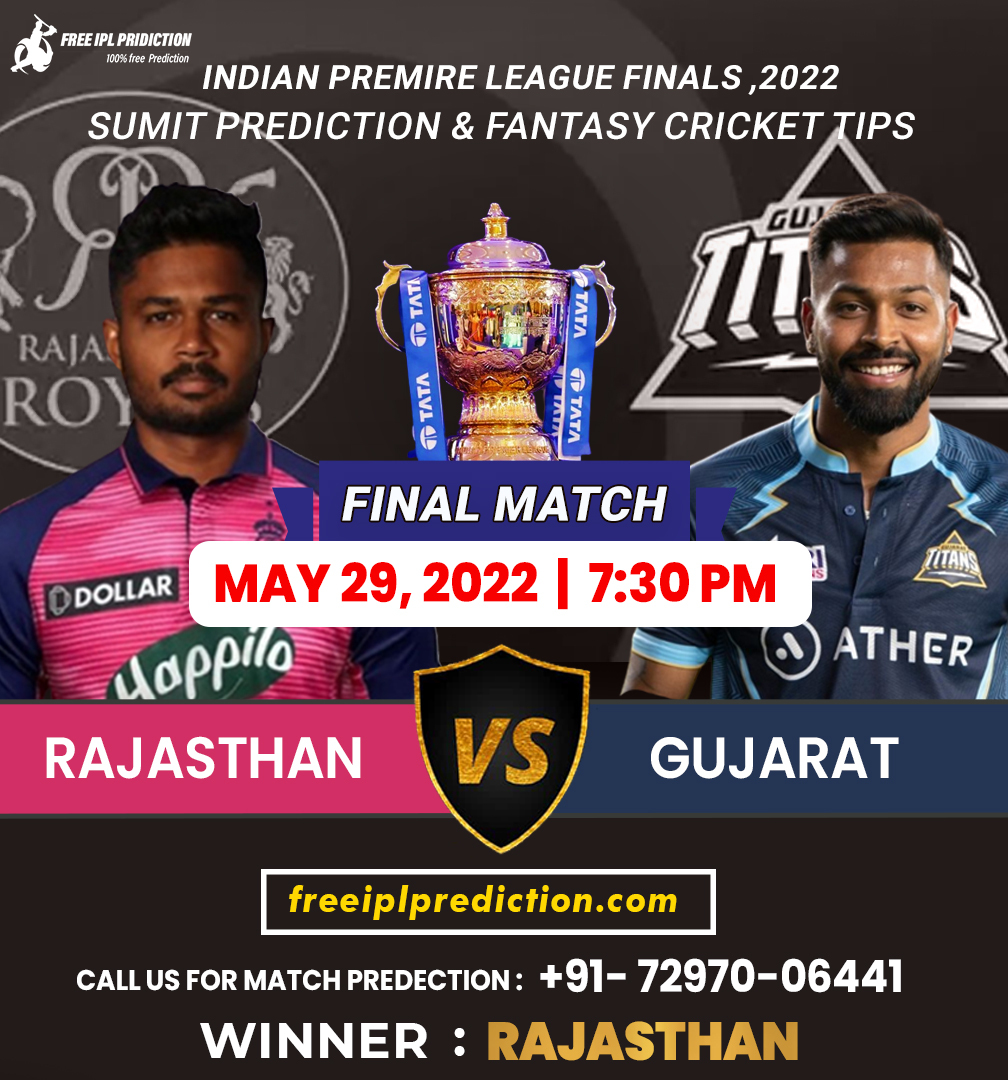 Gujarat Titans (GT) will face Rajasthan Royals (RR) in the IPL 2022 final, eyeing the ultimate prize at the Narendra Modi Stadium on Sunday (May 29).

73 competitive games are done and dusted and now we have the mega final of the Indian Premier League 2022. It has been a successful season where we have seen intense competition in most games. There aren’t any surprises for the finals either as the Top 2 sides would be fighting for the crowning jewel. The Titans had booked a berth in this game defeating the Royals in the 1st Qualifier. The Rajasthan Royals knocked the Royal Challengers Bangalore out of the tournament to enter the final for the second time.

The Gujarat Titans had won both the games played between the two teams this season and this would add to the side’s confidence. They have done well as a team and relied on collective performances rather than individual brilliance. Rajasthan Royals have had their best season since 2008 this year. Both sides are batting powerhouses, and this is expected to make this contest interesting.

Friday’s game saw the pace bowlers have the most success on both sides. We expect the same on this pitch in the final with a par score around 185.

The sun will have gone down by the time this match begins but there will be no cloud cover during the evening. The temperature will be in the mid-high 30s throughout.