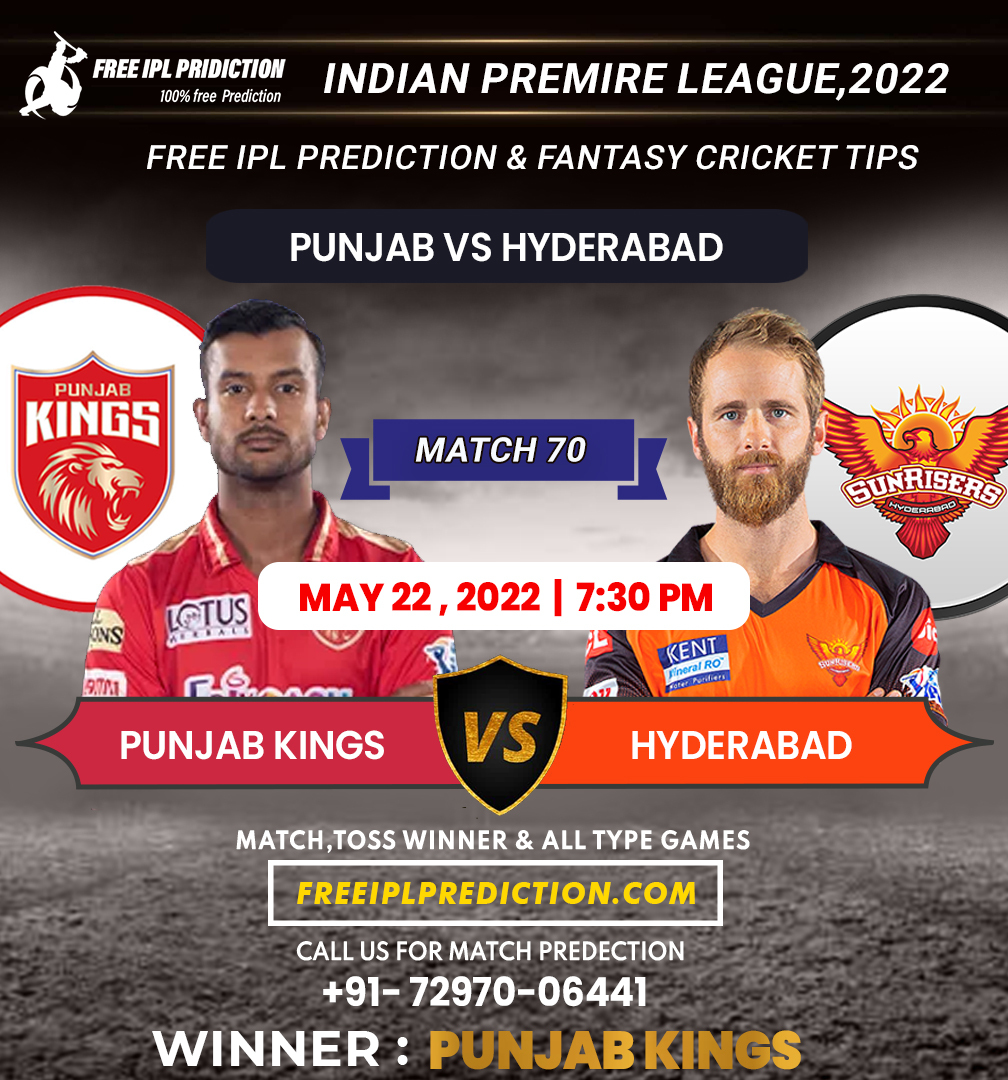 The last match of the league stage will feature Sunrisers Hyderabad taking on Punjab Kings. The Match 70 of the IPL 2022 will take place on 22nd May at Wankhede Stadium, Mumbai.

Both the teams have won 6 out of 13 matches so far and with a slightly better net run rate, PBKS is at the 7th spot while SRH is at the 8th spot.

This is the 2nd head to head clash between SRH and PBKS. In the first face-off, SRH won by 7 wickets.

SRH has had a rollercoaster ride this season. They won 5 matches in a row and made their way to the upper end of the table but then things turned upside down for them when they went on a 5-match losing streak. Kane Williamson led the side this season after becoming the full-time captain of the side before the start of the season.

Punjab Kings started off their season in a positive manner but later lost the momentum. Few of the players like Shikhar Dhawan, Liam Livingstone and Kagiso Rabada were pretty consistent throughout the season but the team lost a few matches which they shouldn’t have.

The Wankhede pitch offers good opportunities for the chasing team as dew factor has always been an advantage here. Pacers are able to fetch wickets here. The par score is around 180.

The weather report predicts clear weather with periodic clouds. The temperature is expected to hover around 30°C and wind speed will be around 21 km/h.